As I said on Facebook, the “Darkest evening of the year” didn’t need to be the “Longest commute of the year,” too. But the Christmas snowstorm took care of that for me, slippery roads and blowing snow. My commute is currently 104 miles a day, my office having moved after I started there. In this economy, I am pretty glad to just HAVE a job, so I don’t complain too much, except for when it snows like this. Ugh.

I have to say, it is one of MY favorite nights of the year, because the days will start getting longer again. I am a big lover of daylight.

I was pretty tickled to sleep through the whole night last night for the first time since I came down with this cold after Thanksgiving. I love my nieces and nephews, but they are a germ factory.

Got my teeth cleaned yesterday, always good to have that done and over with. The dentist complimented me on my “beautiful teeth” so then that really made me feel I should bite something to prove their worth. I showed restraint, tho. Guess I should thank my parents for dragging me to the dentist over the years, including for those horrible fluoride trays that you had to sit with in your mouth and wait forever and ever. My hygenist yesterday said it was only 4 minutes but I am pretty sure it was longer than that. As a kid, it felt like hours. I also had to take fluoride vitamins as a kid, because we lived in the country and had well water that wasn’t fluoridated. One time, my cousin Susan and I sat down and ate the entire bottle, alarming my mother and causing her to call poison control. (We were under 5 at the time.) They said we would probably have some diarrhea but otherwise we would be fine. I wonder if I should credit that overdose for my amazingly strong chompers…..

I am also pretty excited that The Hobbit trailer is up on the internet. I love the Lord of the Rings books. I did not read them until I was 28, and we were moving to Utah, and I got one as a book on tape to listen to as we drove across the country. I promptly called up an old boyfriend who had read them and asked him why he didn’t make ME read them.

“G., it is pointless to try to make YOU do anything you don’t want to,” I believe, was his response.

So I loved the books, I have the “Annotated” Hobbit, and some year for birthday/Christmas I am going to ask for some nice illustrated versions. I like to watch the movies while I am knitting or crocheting or sewing the binding on a quilt, but I like to listen to the commentary, and that kind of drives Ken nuts, so I try to do it when he isn’t around. It drives ME nuts when he watches movies that he has seen over and over and over again, but he doesn’t comment on numerous bad habits of mine (too much) so I try to restrain myself.

I guess HE doesn’t say anything about me reading different books over and over, but then again, reading a book doesn’t intrude into the general atmosphere of the house as much as watching that Clint Eastwood movie where he is the preacher again and again and again. Or Pelican Brief. Or The Fugitive. I could go on.

This website is hilarious: Handmade Ryan Gosling. These are all the things a confirmed crafter really wants to hear. Especially “Hey girl, don’t stress about me stepping on that pin. It’s my fault for walking barefoot in the dining room” and “Hey girl, I totally don’t mind finding your unfinished projects all over the house. They remind me of you when I see them.”

Those are some pretty sexy things to say. I told Ken that and he said, “Uh-huh.”

Ken is pretty programmed, when I am sitting on the couch and I say “Uh-oh” he says “Needle?”  He is really very good about finding pins/needles on the floor if I let him know he needs to look for them. Defense mechanism, I guess.

And for your photo enjoyment: 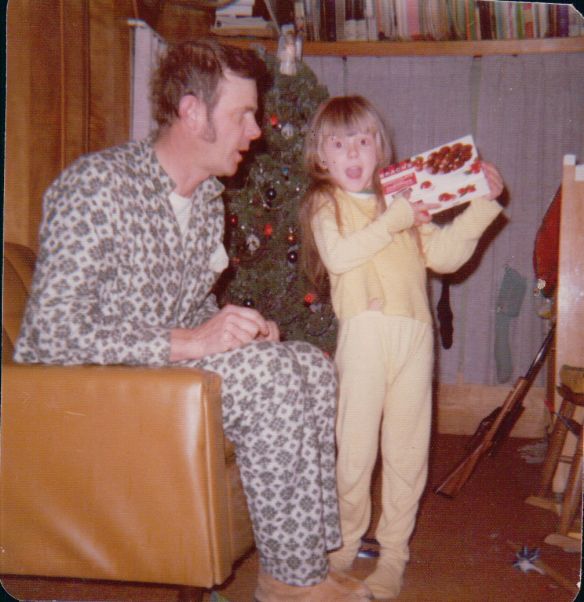 I still get pretty excited about chocolate covered cherries. There is a box sitting right next to me at the computer, as a matter of fact. They only put 10 in the box now, which is really probably just for the best.