Well, since I renewed my domain name a few days ago, perhaps I should post here every now and then. So here I go with a trip report on our 2015 Thanksgiving Vacation to Sanibel Island.

Sanibel has been on my bucket list for several years, I can’t remember when I stumbled across it on the internet, but maybe when I was researching for a work trip to Tampa. That trip I only made it to Clearwater beach, but I was determined to get to Sanibel and its seashells someday, inspired by http://www.iloveshelling.com/blog/ and her shelling tales. And since it is in the teens back in Denver, and 80s here, this seems like an ideal time.

Tales of a vacation, chapter 1:

This is what happens when you own three pair of sandals that are the same style but different colors – you go on vacation with four shoes and only have one pair, but three of a kind. Not the best poker hand, even for shoes. But I get the idea that you don’t really need that many shoes around here.

So we arrived safely at Sanibel, after various and sundry adventures getting here. Just getting to the airport was a bit dicey this morning, with the icy Denver streets, but the main airport road was in good shape. Made it OK, plenty early, wearing the turkey hats so we could amuse our fellow travelers. And we got lots of comments and looks. (Ken did not want to wear the turkey hat, but everyone on Facebook voted that he had to wear the turkey hat. He insisted on wearing the roast turkey hat, which is apparently LESS HUMILIATING than the other one. And telling everyone he had been coerced.) 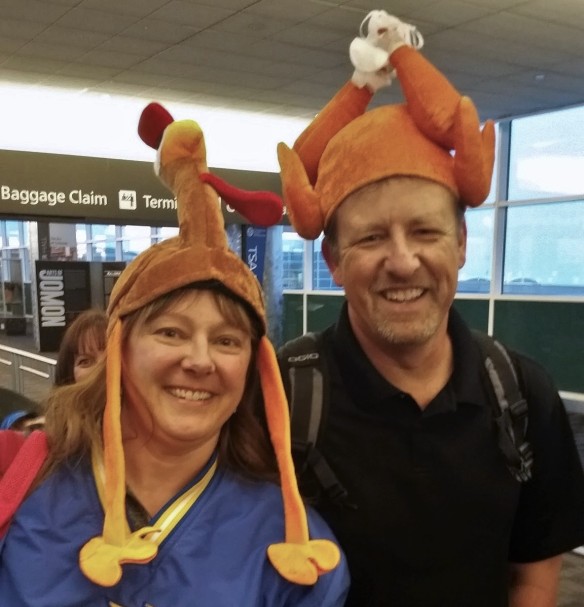 Going through the body scanner, the TSA agent accidentally scanned me as male the first time through, and had to rescan me. Of course an extended conversation ensued between Ken and the agent, concluding with the agent proclaiming “She’s all woman as far as I’m concerned,” and Ken replying, “I hope so, I’m married to her.” This after Ken requested a copy of the scan of me as a boy. We have more adventures before we get on the plane than most people do on an entire vacation.

We were flying Frontier out of A Concourse, but my tradition (if I am not running for the plane because I am late) is to go out to Concourse C and get a breakfast calzone at Villa Italian. Well, it isn’t a calzone any more, they discontinued those, which is unfortunate, because I miss the green peppers in those, but they have two different kinds of breakfast Stromboli, I got the one with spinach. And extra sauce. 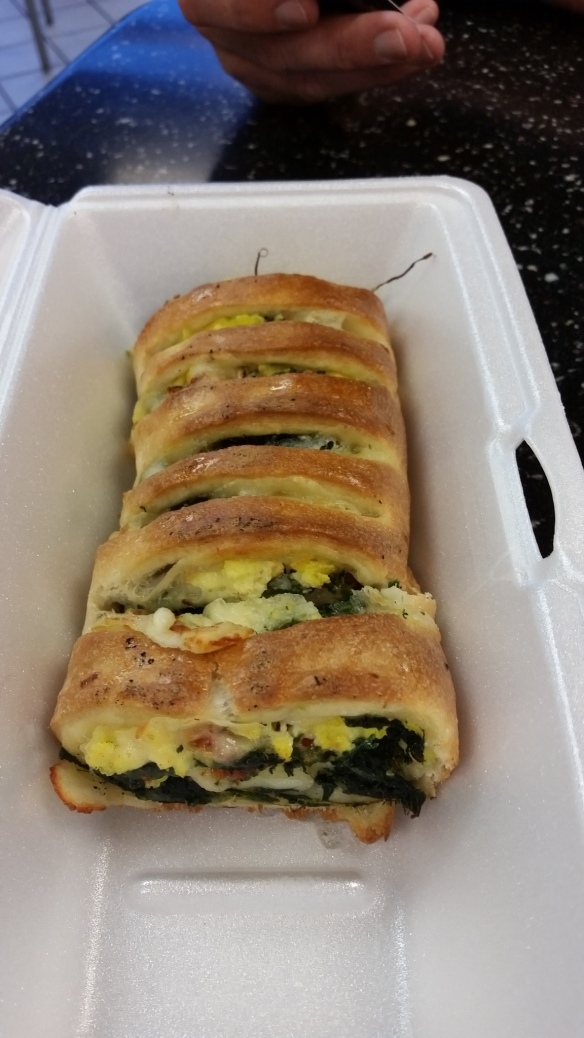 Full plane to Tampa, several kids but they were all pretty quiet. I decided the knit hat I was working on for a Christmas present was WAAAAY too huge and ripped it out. And then ripped it out again when I figured out I had twisted the join knitting in the round, so it was a moebius hat. That works OK for cowls but not for hats. AND the first time I had cast this hat on, I had also twisted the join, so this is the 4th time I have cast on this hat. It is beginning to haunt me.

It was a bit of a drive from Tampa to Sanibel, but the flights into Tampa were much cheaper than the ones to Fort Myers, although next time I think convenience will win out. Tampa has this extremely spectacular bridge on the causeway heading out of town, of course they don’t want you to stop and take pictures – if you don’t want people to take pictures then you need to tone down your architecture!

Ken’s remarks about Florida drivers: “Oh I see we like to tailgate here as well. And drive slow in the left lane.”

We didn’t get to Sanibel until just after sunset, so we had to find our way around in the dark, my bossy GPS on my phone was a big help. She only occasionally tries to kill us.

This island is extremely dark, not a lot of street lights and not a lot of lighting around buildings, it is kind of strange. And people are quite comfortable walking around in the dark in dark clothes, riding their bikes with no reflective gear, etc…..eeek!

There is an almost-full moon, enough light to walk out to the beach in the moonlight. Our room is literally about 50 yards from the ocean (a good sand wedge, DH says). We have the sliding patio door open right now and can hear the surf. And a cricket.

We saw 2” lizard on the wall above our door and now Ken is paranoid that he is going to get a lizard in his shoe. Apparently he is not paranoid about having one waltz across his face while he is sleeping, but he doesn’t want one in his shoe. Especially, god forbid, the golf shoes….

Had Thanksgiving evening buffet at a local hotel that was pretty highly recommended on the internet, and it was just OK, had all the requisites, I guess, but I wasn’t overly thrilled with any one thing. The best things were: mango chutney for the ham, fresh cherry tomatoes and fresh pineapple. I guess maybe I really have re-set my tastebuds the last several months. And I appreciate local produce. Had a nice glass of Pino Grigio and then was charged for the full bottle, glad I noticed……it was a nice glass of wine but not a $39 glass of wine.

Sunrise is at 7 a.m., we need to be up about then to get breakfast and get Ken to the golf course, and me out to the beach…..I already picked up my first two shells tonight, we will see what high tide brings tomorrow morning. The little one is actually a very metallic purple, a good find for the first night after dark!

Ken has already taken some really neat photos in the dark! 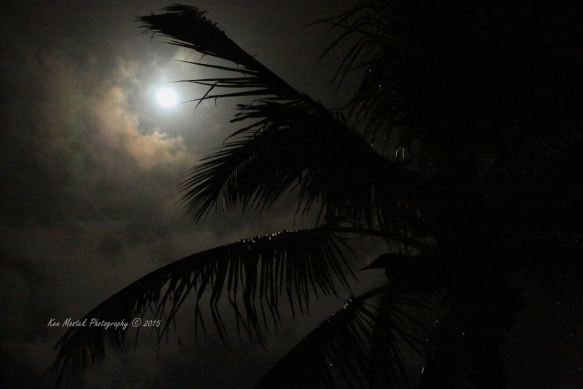 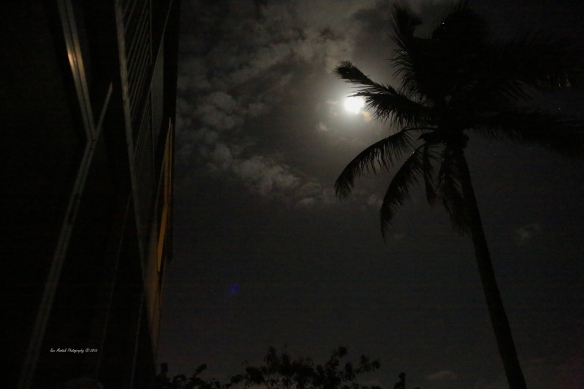 4 thoughts on “The blog comes back to life! On a trip to Sanibel Island!”