While I took a day for shopping and visiting old stomping grounds in Rapid City, I did want to try a new restaurant, and I tried Saigon.  Rapid City does have more diverse restaurant choices than it did (cough, cough) years ago when I was in high school.

I had the egg rolls and the regular meatball pho. This was too much, I should have only ordered one egg roll, as they come a la carte (which I didn’t really realize until I saw the bill, usually there are two to an order, but that was fine – I think they were $1.99 each). The pho was different in that it didn’t come with a big plate of assorted herbs and vegetables on the side, which was fine with me, because I don’t usually use all of that stuff, except for the jalapenos, and I had plenty of sriracha sauce, so I was happy. If you are in Rapid City and are either having a pho fit from being away from home, or have never had it and would like to try something new, I give them two thumbs up. The pho had lots of thin sliced onions, which I definitely like. 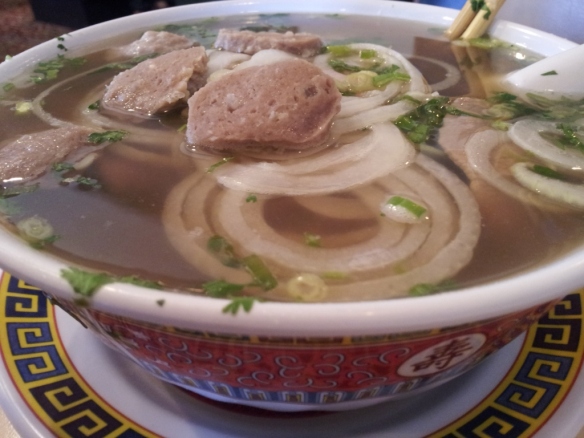 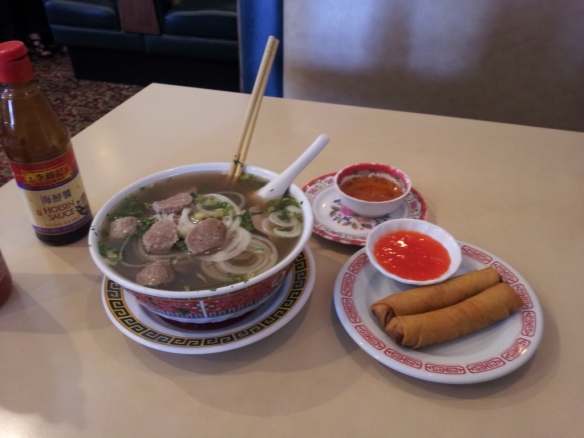 Then I visited the SD School of Mines Museum of Geology. Our little country school used to go here for field trips all the time, but it had probably been since grade school that I had been here last. It hasn’t changed too much, and I remembered several things from childhood. One very cool part is the phosphorescent minerals – sorry, no picture, difficult to take pictures of glow in the dark rocks. 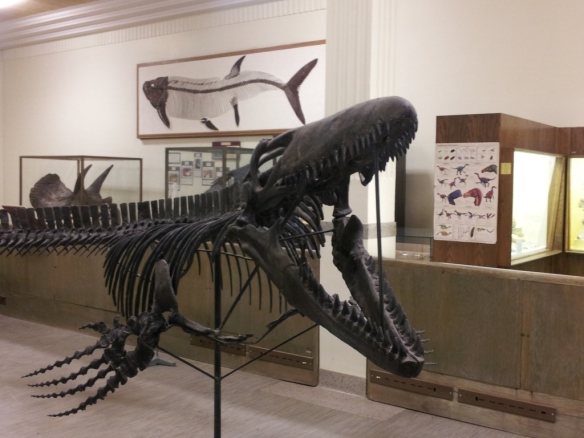 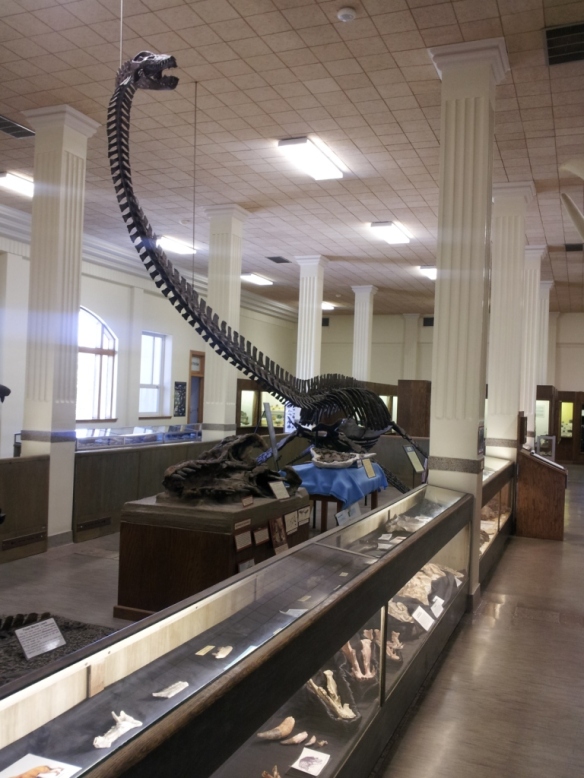 Dad used to bring home fossils like these when he was doing dirt work, building dams and such. I am sure there is a box around somewhere filled with them. Kind of like the jar of rattlesnake rattles. But apparently not interesting/valuable enough to be on display in the house. Whereas the rattlesnake rattles apparently ARE valuable and interesting.

We also would find gypsum “out north” on our ranch. One of my uncles convinced one my cousins that these were rare and valuable crystals, which led him to pack his suitcase full of as many rocks as possible before he flew home. Of course, this was discovered at the airport.

Oh, I WISH we had a collection of Fairburn Agates like this. Beautiful.

I also stopped in Hot Springs on the way home and stocked up on Prairie Berry wine – we don’t have anywhere in Denver that sells it, and I like to keep a good supply. Someday I am going to make it up to Hill City and do a tasting. I bought Red Ass Rhubarb, Blue Suede Shoes, Lawrence Elk and Chokecherry Medley. I haven’t cracked one open yet, maybe tonight!